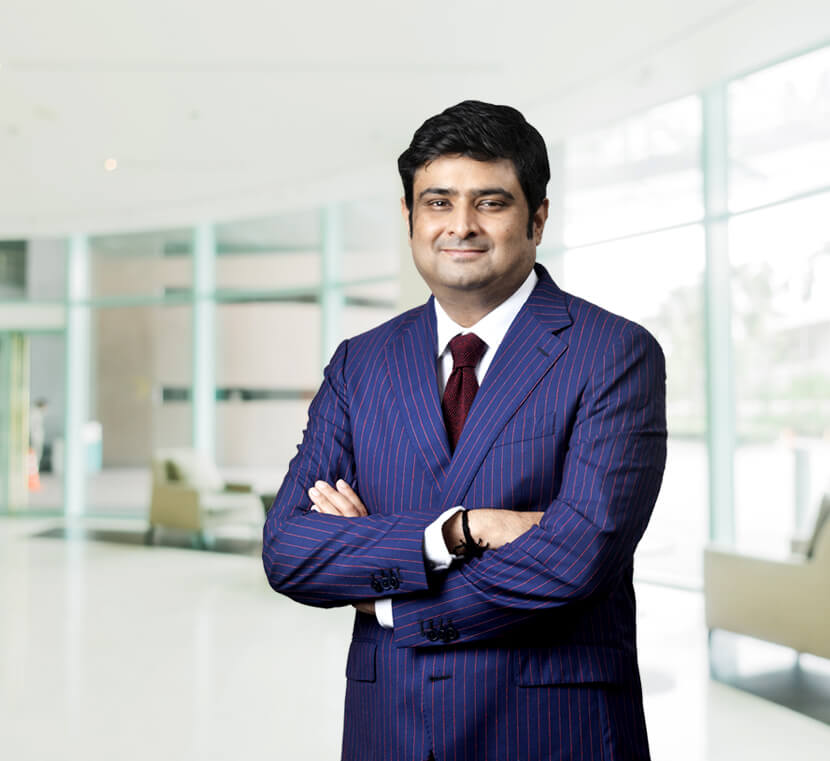 BACK
The Man Behind the Wheel

Anup Rau took over as Managing Director and Chief Executive Officer of Future Generali India Insurance Company Limited, (a JV between Future Group, which has transformed modern retail in India, and Generali, a 190-year-old global insurance group), in 2019, putting his vast experience of over two decades in the insurance industry and unparalleled expertise in retail to the best possible use.

It is no surprise that in a short span of three years, under Anup’s leadership, FGII was swift to move up from rank 13 to secure the 9th position and feature amongst the Top 10 Private General Insurers in India. A glowing testimony to his leadership abilities is the fact that the company delivered higher-than-industry growth, improved profitability, and productivity, and became a player of serious scale and consequence in the retail health space—and achieved all of this while dealing with the repercussions of a global pandemic and an unprecedented lockdown. It is his employee-centric approach that has resulted in the company being certified as a “Great Place to Work” 3 years in a row (2019-2021) and ‘Best Workplaces for Women in BFSI’ in 2021. Under his watch, FGII has also become an industry benchmark on Net Promoter Score and was awarded the ET “Best Brand” accolade for two consecutive years in 2020 and 2021.

Thanks to his foresight and his willingness to embrace the new normal, whether it is the early adaptation of digital infrastructure and technology or introducing customer-centric product innovations, Anup has unfailingly managed to tackle all challenges head-on. A direct result of this is the robust growth that FGII has experienced in recent times, recording the fastest growth amongst private General Insurance players for 3 years in a row. No other large/mid-sized player has gained as much market share since 2019 as FGII has.

Armed with an MBA in Marketing from the University of Bombay, and an Honours Degree in Economics from the University of Delhi, Anup is an industry veteran with an illustrious career spanning over 23 years. This includes 20 years with some of India’s leading insurance companies as well as stints in retail and sales in companies such as DCW Home products, Duncans Tea, and Gilson Medical Electronics (where he started in 1995) selling everything from pipettes to salt and flour, moving from Delhi to Darjeeling and several other parts of the country, in the process.

A ten-year journey that he embarked on with ICICI Prudential served as a great training ground, enabling Anup to garner rich experience as well as rise through the ranks. During the last 10 years, he has held unique positions to lead companies in both Life and Non-Life Insurance sectors with companies like HDFC Life Insurance as a Chief Distribution Officer, and Reliance Nippon Life Insurance and Edelweiss General Insurance, as CEO in both places, before moving to FGII in his current role.

An avid fan of India’s national sport, cricket, a prolific reader with a personal library of over 4000 books, and an animal lover actively involved in encouraging the adoption of the Indian pariah dog, Anup is a multi-faceted man, constantly seeking to better himself, whether it is in his personal life or professional life.

An impactful CEO who is the recipient of multiple accolades, most recently, the Most Promising Business Leader of Asia Award at the ET Asian Business Leaders Conclave 2020-21, CMO Asia Award in 2021 as the ‘CEO of the year’ in BFSI category and the ‘Business Leader of the Year’ at the 29th World's Leadership Congress Awards 2021. In addition to this, he has been ranked amongst India’s best young CEOs by Business Today magazine (India’s Hottest Executive list) in 2014.